The Difference Between Appropriate and Inappropriate Anger 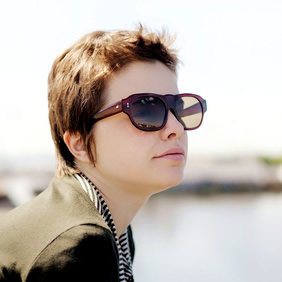 Written by Kerry Watts
Imagine sitting in a cafe, minding your own business, and you overhear a couple of friends talking about you having "anger management issues." This is what happened to a colleague recently and got him thinking. He's known to have a bit of a temper, but at what point does the temper get out of hand and become an issue? 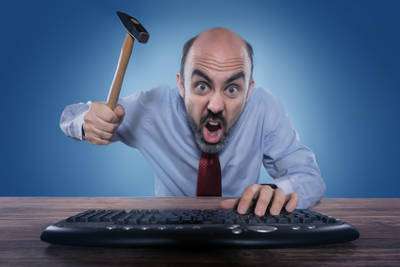 "Anger management issues" is a common way to describe people who have a volatile temper and can't seem to, or aren't inclined, to control it. Anger is an intimidating emotion, causing uneasiness in the person who experiences it and to the people in their vicinity. It is an uncontrolled burst of violent sentiment that can lead to dangerous situations, which is why people believe anger should be "managed."

The key word here is "managed", and not "suppressed", because that's the best way to handle such strong emotions. Anger is a natural response to certain situations, so suppressing it does more harm than good.

Through anger management, you don't suppress your emotions but decide how to respond to them. So when you have anger management issues, you're essentially responding poorly to an emotional stimulus.

Anger is considered one of the eight basic human emotions so everyone is bound to feel it several times during their lifetime. You can get irritated over small things like stubbing a toe, being trapped in traffic, being offended by something a friend said, etc. You can also become angry on behalf of someone else, which usually happens because of a protective instinct. Sometimes people are just in a bad mood while at other times, there's a serious reason behind the fury. People who appear calm or aren't easy to rile up also experience this emotion, despite their lack of clear reaction.

So if everyone gets angry, why are some able to manage this emotion better than others? Why do some people have "anger management issues" while others don't? People who appear calm often understand the triggers and know which emotion is appropriate and which isn't.

This emotion can be triggered by any kind of circumstance and your response should be based on that circumstance. The difference between appropriate and inappropriate triggers will help you manage it better. Here's a look at the two different forms of rage:

Anger is often a response to threat. In the past, it was a response to life-threatening situations where immediate action and powerful rage was necessary for survival. In modern times, appropriate anger often manifests in the face of danger, trespassing, disrespect, injustice, or prospective physical or emotional harm. All of these are valid reasons to experience and express anger. Here's a look at some circumstances that trigger appropriate anger:

These circumstances trigger appropriate anger, which is also termed as righteous anger, or righteous rage, by many experts.

When people stop experiencing anger in such conditions, they are apathetic and have lost their ability to feel empathy. That is more concerning than anger and can be a very destructive state of mind.

Not all bursts of fury have serious triggers. These are often based on irrational beliefs, unrealistic expectations, wrong perceptions, miscommunication, pride, generalizations, or refusal to change one's mind. This is an unhealthy state of mind and often has its roots in childhood. People who have suppressed their anger or free expression of emotion during their childhood are more likely to experience sudden bursts of anger because of inappropriate triggers. Some examples of such situations include:

Inappropriate anger doesn't have a sound basis and is often disproportionate to the underlying cause. People are also more likely to be violent and aggressive in this frame of mind, which is why irrational or inappropriate anger is dangerous.

The key lies in expression. This is a violent emotion so it's easy to adopt a violent expression of it. For example, you feel the urge to hit someone when they insult or abuse you. People stuck in traffic can slam their steering wheel, press the car horn repeatedly, or get involved in incidences of road rage. 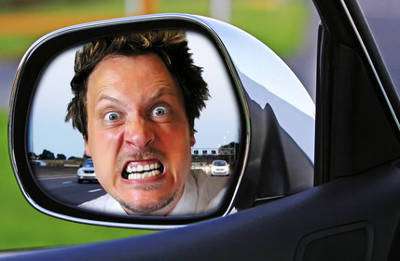 Many feel the urge to disassociate and isolate themselves when they experience rage. They lock themselves in a room, get out of the house and go for a walk, head to the gym for some physical stress relief, etc. How you choose to express your anger or channel it plays an important role in controlling it.

Anger is a misunderstood emotion and many seek to suppress it entirely. That can direct your rage inward without any productive outlet. This causes substantial harm to your mind and body, leading to headaches, hypertension, cardiovascular health problems, depression, self-harm, and other such problems. It's a good idea to learn how to manage this intense emotion and channel it positively.

So to shake the label of having "anger management issues", our colleague needs to accept anger as a natural emotion, understand the difference between appropriate and inappropriate triggers, express their rage in a productive or controlled fashion, and avoid suppressing it.

This sounds like an almost insurmountable challenge, but that doesn't mean it can't be done. With the right guidance and some patience, even a person with Hulk-like anger management issues can learn how to maintain a relatively even temper. After all, people will say you have "anger management issues" based on your behavior rather than any natural emotion.