10 Errors to Avoid in Sales Part 10: Not Building in the Quiet Times

10 Errors to Avoid in Sales Part 10: Not Building in the Quiet Times
A post from our Sales blog

How do I use quiet periods in sales productively?

Almost every industry has peaks and troughs when it comes to business. I have yet to see a single company that expects to make the same money every month of the year. Simple examples of this are many companies in the retail industry that expect major peaks over holiday periods like Christmas. In the film industry, most big releases occur in the school holiday periods, with quieter periods in between. In construction, the rainy season tends to be quieter than the warmer, dryer seasons, and in tourism, you obviously expect to see more tourists in the warmer months, unless you are gearing specifically for winter weather, like skiing.

So, for most companies, a couple of questions arise. Firstly, do you know what your busy periods are/should be? This might seem obvious, but some industries are not as clear as others. In other industries, while there are still peaks and troughs, they are not significant enough that you can reduce staff during the troughs, so you do still need a full staff complement.

Secondly, and perhaps more importantly, what do you do in the quiet times? So let us assume that as a company owner, or sales manager/director, you do know your industry well enough, and that you do know when your quiet times are. Or perhaps you are in sales yourself, if you know your industry, you should know when things quieten down, and when things pick up. What do you then do about it? 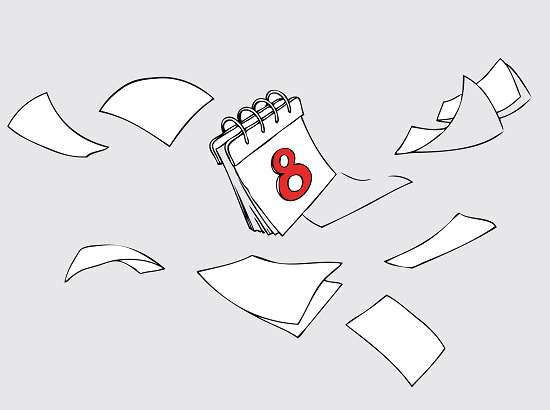 From the company's perspective, you can encourage people to take leave over quiet times. I have worked at many companies, but usually not in retail. What this has usually meant is that many of the companies closed completely between Christmas and New Year, or went down to skeleton staff. In Johannesburg in South Africa, it seems almost half the city migrates down to the coast over Christmas and New Year to enjoy a nice summer time holiday. Most staff with families at the company were given leave, and the single people stayed on as the skeleton staff.

But if you are going in and working, do you just laze around? If you are in sales, you will obviously be trying to close what sales are possible, and if you are smart, you are planning ahead and building for when things do pick up again. I have worked in a company that struggled to get people to make decisions over December, as people are still at work but in a holiday mood. We spent the month of December building and arranging times for exact calls, or visits, once the people were functioning again in January. So the January peak was added to by the planning and meetings arranged in the quiet December weeks. You could get January off to a bang as you had planned ahead, rather than having to start fresh in January, and see a gradual pick up.

So, if you are in an industry that does see some seasonal adjustment, and want to make sure that your peaks are as high as Everest, take advantage of the quieter times and start to build ahead. Be as proactive as you can be in those times, and the rewards will be just around the corner. Fail to do so, and your possible Everest can become just a hill in the Cotswolds.