Written by John Boddington
Being a successful salesperson isn't about luck or being born with certain abilities. The fact is that all heavy hitters in the sales world tend to have certain traits in common, most of which can be worked on. To give yourself the chance of joining the upper echelons of the sales world, consider these traits that tend to be found amongst the best in the business.

Being passive or just ‘too nice' generally means you're not cut out to be a salesperson. However, being an overly aggressive type isn't going to help conversions either. The sweet spot that gives you the best of both worlds is being assertive.

It means that you don't push, but guide. You make your points clearly and with authority, but without conceit or arrogance. You respect the customer, but you don't respond to every whim either.

Successful salespeople aren't born, they are made. You don't just wake up with a stellar script, abounding confidence, and the knack for getting sales on a consistent basis. It just doesn't work that way. 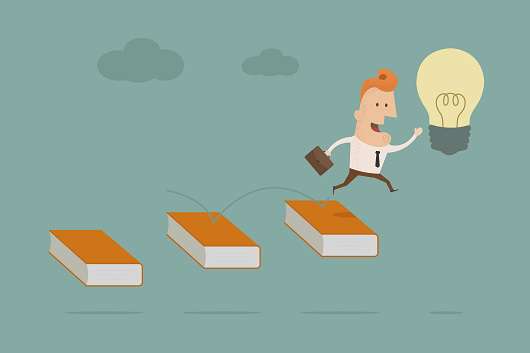 That's why those that keep hitting them out of the park tend to not only work hard, but they also make sure they're always learning. Every call is another opportunity to tweak the way they do things, whether it's a small alteration to the script or a change in the tone of voice.

If you're going to find success in sales, you have to have ambition to get ahead in life. You can't treat a sales job like your average 9 to 5, clocking in and out without giving much thought to what you're doing. It may sound a little cheesy, but it all comes down to what you decide you want to make of it.

You will never learn or improve if you can't take criticism. Always try and broaden your horizons by looking at others, learning from them at every opportunity. Don't get angry if someone points out a flaw, but instead strive to make improvements. Don't make decisions based on rash emotional responses, but have a level head and accept the fact that there are several different ways of achieving the same thing.

Just like anywhere else, success is built on a strong work ethic. You can have all of the ‘natural' qualities that are attributed to the high-flyers but if you don't put in the hours, you'll never get anywhere.

Successful salespeople are in the office before anyone else and leave when the lights are about to go out. They use their hours carefully and gear everything towards improvement and driving up those numbers. You don't always have to work late, but when you're in the office never give less than 100%.

Successful salespeople have a strong sense of responsibility. They never point fingers, blaming someone else for their low numbers or lack of conversions. Ultimately, failure can usually be attributed to the individual, not their circumstances.

Without goals, you'll never move forward. Those who do well in sales are always thinking about where they want to get, whether that's on a daily or monthly basis. The goals are specific, challenging yet achievable, and once they're attained, successful people always move to the next one. 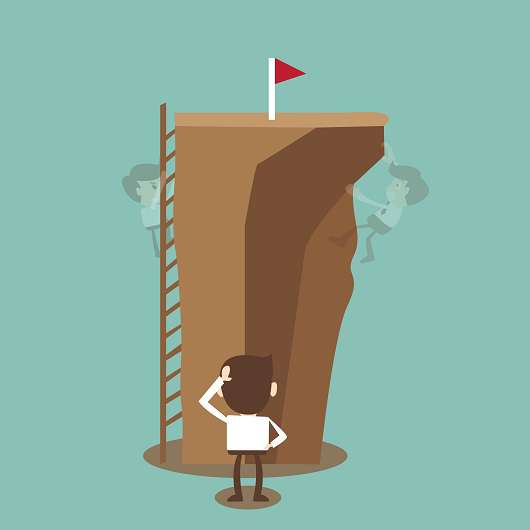 We always picture salespeople as being a confident and chatty bunch. And while that's certainly true in most cases, it doesn't mean that there's no room for listening. The best salespeople in the business know when to shut up and listen.

Listening not only allows for relationship building between the salesperson and the client, but it also opens up your options. You can listen for clues that can help you as you go along. Rather than spouting off from a script, change up your spiel according to what the customer tells you.

As a salesperson, you need to be acutely aware of your shortcomings. If you know your voice is a little high-pitched, make an effort to go low. Are you a fast talker? Record yourself and work on slowing things down. Having that awareness allows you to take advantage of your plus points and build on those that you're a little weaker on.

You can't expect to convince someone to buy your product or service if you don't know it inside and out, with every painstaking detail stored in your very own memory bank. Successful salespeople don't need to look at a spec list, nor do they read off a script in monotone fashion.

Consumers weren't born yesterday. They can tell a robotic call-centre salesperson from a knowledgeable expert a mile away, especially if you're operating in a niche industry. Don't be another lemming, but have in-depth knowledge of what you're offering the consumer.

The best in the business are invariable good networkers. If you want to be good at your job, you need to build relationships in the industry you operate in. You want to learn from the best, create bonds with potential clients, and you'll even make a few friends along the way.

12. Have a Reason for Every Action

Many would-be salespeople claim to work hard, but they don't have a clear plan with everything they do. Instead, they work tirelessly but like headless chickens. This will certainly make you feel like you're working hard, but you won't get the results you're looking for.

You should always combine that strong work ethic with excellent time management and working with a purpose. Plan your time accordingly and use it effectively. Putting in the hours won't mean anything if you don't use them properly.

Successful salespeople aren't just swashbuckling types that ignore the details. On the contrary, they are extremely accurate and diligent when producing reports. They always pay attention to the numbers and the details, which in turn helps when balancing the books and improving long-term performance.

If things are slow or if you've taken a financial hit, don't let your head hang for too long. Successful salespeople know that the slow periods define their achievements, which means that they never make excuses or start moaning. 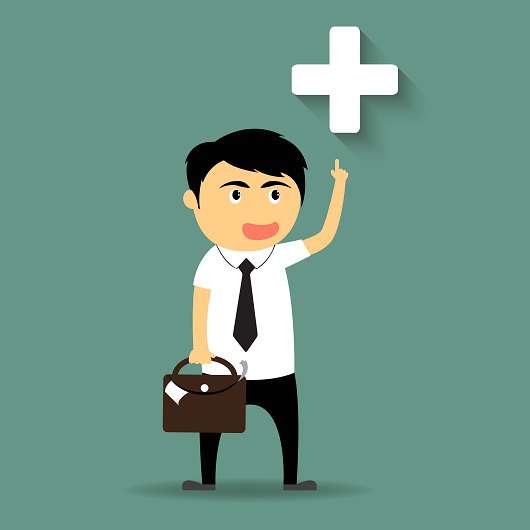 Instead, they remain positive and proactive. They pick up that phone and keep on calling, encouraging the entire team to do the same. They don't let the circumstances affect their mood or willingness to make the sale.

Have you ever seen a successful person lose their temper at inappropriate moments? Or be overly negative when something's gone south? The answer is a clear ‘no'.

Highly successful salespeople have their emotions in a tight grip at all times. Continued failure doesn't bring them down, nor do unexpected turns heighten nervousness or panic. Keep your emotions in check, understand how you work, and ensure you're always the one in the driving seat.

16. Never Give Up Attitude

The greatest myth in sales is that those who are good at it have exceptionally high conversion rates. While it's certainly true that they do better than your average sales rookie, the conversion numbers are often glaringly low. But that doesn't matter.

When it comes to sales, it's all about quantity and making those calls day after day, hour after hour. It's about never giving up, no matter how many angry hang-ups or obscenities are being thrown at you. It's about going back to the drawing board when you've had a few too many rejections. Don't ever be discouraged; just keep on trucking and success will come your way.


What courses can develop those traits?