Written by Ashley Andrews
For people that work in sales, there's no nice way to say this, but unfortunately, most prospects are suspicious of salespeople.

Think about it: when was the last time a prospect answered the phone and said, "Oh, I'm so glad you called! You're just the person I wanted to speak to."? Probably never.

These days, many people associate the sales industry with adjectives like coercive, intrusive, and pushy, and today's salespeople have to work much harder to overcome a great number of pre-conceived notions before they can make a sale. That is why so many companies are changing their entire sales model, to either inbound sales or content led sales. (And good training companies should do likewise, updating their courses frequently to stay in touch with the times.)

You don't have to do something as drastic as that though.

Having said that, all good salespeople know the business isn't about trickery or pulling the wool over a customer's eyes. These days, making a sale is about building trust and not pressuring someone into buying something they don't want or need.

Statistics show that it can take up to 10 follow-up actions with a prospect to make the first sale, so we can all agree that persistence is a key ingredient for sales success. Yet, if you get too focused on closing the sale, you will come across as aggressive and probably lose touch with the prospect.

So how do you strike a balance between being persistent and pushy? How do you escape being branded that annoying marketer who can't seem to take a hint? Here are our top five tips to help you avoid scaring buyers away.

We've all been there: you think you have the sale all wrapped up, and suddenly the prospect goes dark. Pretty disheartening, right?

This often happens if the prospect doesn't see you as somebody they can trust; especially if you didn't seem to pay much attention to what they were saying. In these scenarios, always take a step back and re-examine how you're communicating with them. Are your messages all about selling your product? Unfortunately, people don't want to be sold to – and you need to accept that.

To get around this, start trying to help them by sharing neutral but helpful insights with your prospect. By demonstrating the value you can add and highlighting why your product or service will be useful to them, you'll come across as an invaluable asset.

In the book Never Be Closing, Hurson and Dunne argue that many sales tactics are developed to "wrangle out a commitment to buy, even when buying may not be in the best interests of the client". I'm sure that from the title of their book you can guess where they stand on this.

So stop trying to sell and start trying to understand why the prospect is hesitating; acknowledge their concerns and offer information to reassure them.

After the initial sales call, most salespeople do one of two things; they either wait for the prospect to get back to them, confident they've practically closed the sale, or they bombard the prospect with multiple follow-up calls. It's like two ends of a spectrum, with nothing in between.

We know the importance of the follow-up in the sales process, but before you do that, always make sure you and the prospect agree on when you should reach out again. While you may think you have a feel for the prospect, you should still ask for their permission.

Ask them up front if they would mind you calling them a week from now. This also works because the sales industry isn't well-known for its impeccable manners; by asking for permission, you're sure to stand out among other salespeople. 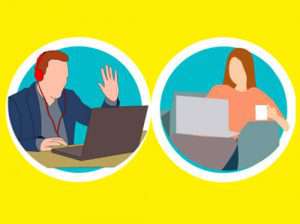 The problem is that with the prospect's permission in hand, most salespeople tend to overdo it. Launching a blitz of emails and calls, expecting them to reply ASAP is as close to pestering as you can get.

One of the most crucial rules of the follow-up process is to wait at least 48 hours between contact attempts. Some firms develop a sequence for establishing touch points, based on whether the prospects came knocking or whether the leads came from cold prospecting.

If they're inbound, a non-pushy sequence could be six emails spaced out over three weeks. These emails will offer value, maybe a request to connect on LinkedIn, a request to meet or talk on the phone, and so on. With outbound prospecting, some experts suggest up to 20 touch points, using every channel available; whether it's email, calls, or social media.

All leads aren't created equal, but by spacing out your contact attempts, you're showing that you value the other person's time. This may not help you close the sale, but it won't get you branded as a nuisance caller either.

"Know your customer" is a mantra chanted by many sales gurus, but few have developed a framework as comprehensive as the Mackay 66. Developed by Harvey Mackay almost 30 years ago, the framework walks salespeople through 66 questions to help them understand, track, and record customer data.

Finding the company you want to sell to is one thing, but according to Mackay, the company itself isn't your customer. What do you really know about the individual who decides how the company spends their budget? Mackay proposes that this person should be your target customer. The profile includes questions like:

The point of building this profile is to humanise your selling and allow it come from a genuine interest in the person you're contacting. If more salespeople learned what makes a prospect tick, it would make contacting them easier as you'll be creating touchpoints that actually matter to them. 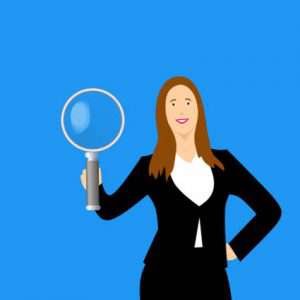 To read further about this, Mackay originally introduced the idea in his book How to Swim with Sharks without Being Eaten Alive, but it is repeated elsewhere. If you're looking for one source of sales inspiration, this may be your man to look at, he has written many books over the years.

I personally think that everybody in sales should read How to Swim, even from outside a sales perspective, some of the stories are fantastic, such as how he helped a professional sports franchise stay in a specific city.

Although persistence is no doubt a virtue, if your prospect simply won't engage, you're wasting your time and resources chasing after them. The key here is knowing when to cut loose.

If your first few emails go unanswered, send one more message, saying that you'll stop contacting them. This approach has two possible outcomes: if the prospect was caught up with work and simply forgot to make time to call you back, it gives them a sense of urgency about contacting you. If they ignore your email, they were probably not interested in the first place.

Whatever you do, however, don't fall into the trap of "just one more call". Salespeople tend to call a prospect too many times if they've convinced themselves that just one more call will do it. In reality, though, this is a sure path to being labelled pushy and annoying, so try to avoid it.