How Can I Find More Sales Prospects?

How Can I Find More Sales Prospects?
A post from our Sales blog

These are common terms used to describe many salespeople, but how many times have you heard someone being described as original or creative?

The industry has lumbered along for decades using the same old tactics to find prospects, and to be fair, many old-school tactics still work. But these days, the rise of pull marketing methods, i.e. getting the customer to come to you (also known as inbound marketing or linked to content marketing), has reduced the effort that was once required to attract prospects. Some of these tactics include offering free reports in exchange for an email address, connecting on social media, blogging – all of which are used by smart marketers for prospecting and generating leads.

Salespeople tend to fall back on traditionally easy methods, but fail to realise one thing: modern buyers don't need you ...yet. Your average prospect is educated, tech-savvy and has probably done most of their research already. They only need a salesperson at the latter stages of the buying process, like delivery, pricing or discounts. Understanding this should change how sales reps approach prospects, but it doesn't.

Too many people are still using traditional, me-too tactics, and the truth is that many prospects tune out as they are tired of hearing the same spiel over and over again. It goes without saying that if you do what everybody else is doing, you'll get the same results as everybody else is getting. (And while I'm at it, talking about the same old tactics, if you are going to look for some training so that you can improve your own sales ability, ask how recently they updated their courses. Or you're just going to be trained in old, inefficient ways.)

Successfully prospecting can be quite a challenging task, but if more salespeople did more creative prospecting, they'd see their effort translate into actual sales. To help you get started, here are five sales prospecting techniques that will make you stand out from others: 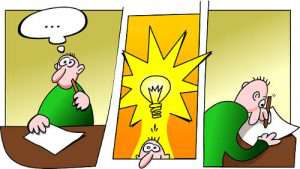 If you've spent any time in sales, you know LinkedIn is the go-to platform if you're looking for prospects to contact.

Traditional prospecting is referred to as a numbers game, and in a bid to increase those numbers, salespeople use multiple ways to create their lists. Get creative and tip the odds in your favour: use LinkedIn but only approach your existing base of satisfied customers and ask them for referrals. Any referrals from happy customers will make it much easier to get your foot in the door with new prospects. 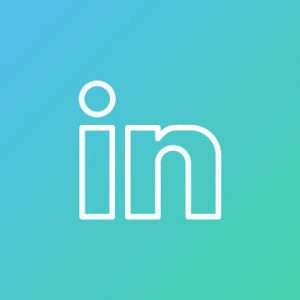 Often seen as a time-waster by many business people, social media can be an excellent networking platform when used correctly. For people in the B2B sector, LinkedIn offers access to a treasure trove of prospects. But the network also helps you get past the dreaded gatekeepers.

Using their internal email system, InMail, you can send an email directly into the inbox of any LinkedIn user, without requiring an introduction. Imagine not having to deal with any gatekeepers and getting direct access to your ideal prospect. LinkedIn also claims that an InMail is 30 times more likely to get a response than a cold call!

3)   Team up with industry aligned salespeople

This is a powerful sales prospecting technique that involves reaching out to other salespeople in aligned, but non-competing, industries. Your prospects probably have dozens of other services pitched to them on a regular basis. Study their industry and figure out which of these other sellers you can form strategic partnerships with.

By establishing these alliances with others selling different but complementary services, you instantly double the number of people you can network with and sell to. It also helps that these people are part of your circle of trust, i.e. those that know, like and trust you already.

Let me give you a simple example here. An old colleague of mine, before working with me, had been in office automation sales (copiers, scanners, faxes etc). He sold these machines, and service contracts, to clients.

He then met and set up a relationship with a stationery supplier, who provided the reams of paper etc that went into the copiers and printers. They began to pass each other leads. As he visited a client, he would take note of the stationery always found near the machines, and pass on details to the new "partner" he had. Where was that person currently getting supplies and so on.

In turn, the partner would then make notes about what types of machines, how old they were etc, his clients were using, as he delivered the consumables.

At least once a week they met up to swap names, and both were soon finding people to talk to that they were more than likely not have come across on their own. This one new channel for him caused a 40% increase in his sales.

You need to find this kind of relationship too!

4)   Use videos to your benefit

Just like many of us, you may be camera shy, but the power of video cannot be underestimated. People will connect better when they can put an actual face to a voice.

When using video for sales prospecting, focus on introducing yourself and educating the prospect; you can even point them to a helpful resource. Your video doesn't have to be fancy, a regular point and shoot camera or your phone can allow you to shoot a quick introduction of yourself and a well thought-out elevator speech.

In your video, address your prospect by name, tell them a specific day and time you will call to set an appointment. You can also email the prospect the video as a private YouTube file, which allows you to track when the video gets viewed as well. 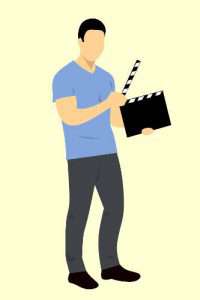 It's true that our prospects receive way too many emails daily and often delete them without reading, but by using the right subject lines we can grab their attention. Simply writing a blurb of the email itself isn't a good idea, however.

To find the best email subject lines, put yourself in the prospect's shoes. What would make you open an email even if you don't recognise the sender's address? Pique their curiosity, with original, creative, interest-provoking, and informative subject lines. Most marketing people use the term click-bait for this, you are trying to bait your prospect into clicking and opening the email. It works on you, doesn't it? It will work on your prospects too!

If finding prospects in this manner fails, it's time to hit the pavement. Walking in for a face to face still works; plus face-to-face prospecting allows sales agents to showcase their personality. If you don't want to visit the company's premises, how about local golf courses, tennis clubs, or reading clubs?

These tips only scratch the tip of the iceberg when it comes to creative prospecting methods. Those with large budgets can plan mini-conference events for CEOs, plan to take the prospect out for dinner, or even send them quirky promotional gifts.

Coming up with more creative ways to prospect will help you differentiate yourself from other salespeople. Remember, the point of prospecting is to build relationships and be available when those contacts need your product or service.