How Do I Prepare for a Presentation?

From the ZandaX Presentation Skills Blog

Articles to make you more effective in your presentations

Home  >  Blogs Home  >  Business Blog  >  Presentation Skills Articles  >
How Do I Prepare for a Presentation?

How Do I Prepare for a Presentation?

Written by John B

Prepare for Your Presentation in Advance

Many years ago, while running a sales team that was often going out to do presentations to clients, I used to always get new salespeople to deliver their presentations to me before going out to a client. As they were now representing the company, I needed to ensure that they were doing the most professional job that they could. Once they had done a few and I was now satisfied of their competence, we could dispense with this, but it was certainly done for at least the first 3-4 presentations that each salesperson did. 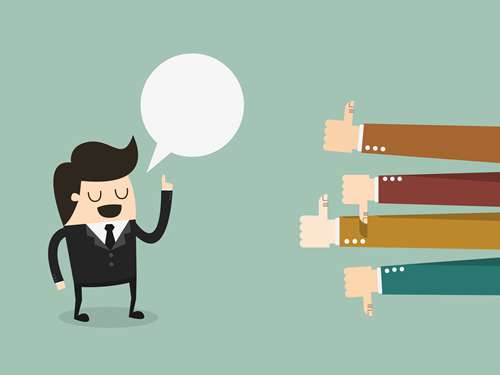 You would of course find that some new staff were already very good at presentations. They might have already been doing presentations before joining our organization, and so had either experience, or previous training, or both. But the majority of the time, there would be people that needed some training, or perhaps just a little bit of coaching. And as people all have different strengths and weaknesses, that meant that different people would need help in different areas. But while we were simply trying to improve their performance, some people did not take the feedback well, so was there a way that I could illustrate what I needed to? Eventually I found a fantastic way, and this is how it happened.

A new person started at the company (let's call him Kevin) and did his run through with me. The actual delivery of the presentation was fantastic. The content of the presentation, in terms of what the benefits that our product would give to the client etc, was rather underwhelming. I gave Kevin feedback, and as there was still a week to go before the big presentation, agreed to do another run through a couple of days later. When we did, the content had been changed a bit. The presentation was again fantastic, but yet again the content was a disappointment. How could I get my point across?

The boss of the company had started to do a few light weights during his lunch break, so I knew that in a closet we had some light dumbbells. I went and fetched them, and then had Kevin explain to me how he had prepared, right from the start. He started by doing two hours of work on what he wanted to say, and building the PowerPoint slides. I said that each hour represented 1kg of weight, so gave him a 2kg dumbbell to hold in his left hand. What next? He then said that he spent a total of about 10 hours practicing his actual delivery of the presentation, across a number of small sessions. So I gave him weights that totalled 10kg to hold in his right hand. 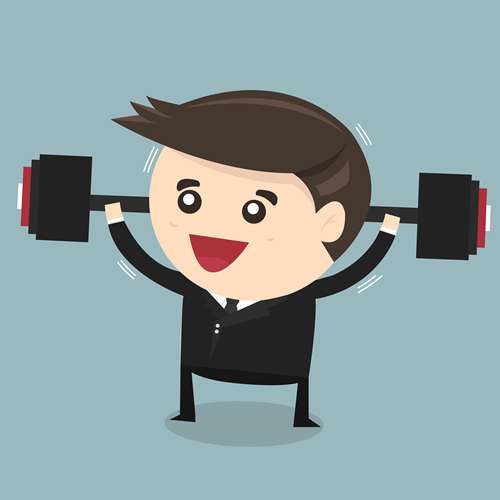 At that point, we had done his first dress rehearsal, and I had given him feedback. He had then spent about an hour changing the content, so I gave an additional 1kg to hold in his left hand, and he had spent about another 3-4 hours practicing his new wording, etc. For this, I gave an additional 3kg to hold in his right hand. I asked if he now felt that he had things in balance. He had 3kg in his one hand, and 13kg in the other. He could immediately see how he had focused too much on one aspect, and not enough on the other.

I suggested that in future, when preparing, keep a track like this, and always ensure that you stay in balance. And the two areas that he had to balance? Specifically identifying that preparing your content is different to preparing your delivery, and you need to spend time preparing both.

I then started to use this approach with all of my team. Some people were the opposite. They spent too much time preparing the most brilliant PowerPoint slides and focusing on content, and not enough time on delivery, planning to just ad lib as they went along with the slides. They needed to correct the balance in the opposite direction.

This advice I would give to anybody when preparing for a presentation. You need to get the balance correct so that not only do you have material to blow people away with, that your delivery does so too. Why build a fantastic presentation, only to let yourself down by not presenting it well? Or the opposite, being a fantastic presenter, but your content is not up to scratch.

Keeping the balance will change as you increase the time that you spend on doing presentations. If you are doing quite a bit of presenting, your skills will develop and you then need to spend more time on the weaker parts. For example, somebody I met at a speaker's circle once taught me that they had learnt to speak at a church seminary. They had to present sermons, and part of their training included being able to prepare and deliver sermons word for word, without notes. He found that the more he did it, the better his memory became, and he did not have to spend as long memorising each word. Actors tend to give the same feedback too. Perhaps at the start of their career, they might struggle to memorise lines, but as the years go on, it becomes far easier to do so. This gentleman told me that he now spent as much as 80% of his time developing the content and wording of his speeches, as he knew that learning the delivery of it came very quickly. But at the beginning, when you are getting started, use my example of the weights and you should develop both skills. Just as you would not want your right arm to be much more developed than your left arm after holding the extra weight, so you will want to see your skills develop in both areas of presenting.

Extra Help to Deliver the Entertain Your Audience

So, if you want to deliver really good presentations, balance your preparation successfully between the time spent on preparing the content, and the time spent practicing actually delivering the presentation. That way you will make an impact on both spheres. And if perhaps you feel that you are good at the one, but not the other, why not ask for some help just in the one area? Most good training companies will see that there is a difference, and provide presentations training accordingly. If you are out of balance, get some help to get each arm looking the same, and being able to wow on both fronts.

Back to the Presentation Skills blog

Click a panel for great articles on business skills

Microsoft Office
We have everything covered: learn all applications at all levels!

Sales & Presentations
Great, easy-to-follow courses on how to succeed in sales and presentations

Learn how to sell more, to more people
Click here

Sales Management
Your Keys to Success are here!