What Makes a Complete Salesperson?

What Makes a Complete Salesperson?
A post from our Sales blog

Written by John Boddington
Many years ago I interviewed somebody for a sales role, and they actually had the confidence to say that they "could sell ice to an Eskimo". While it is an expression that you do hear used, people do not usually actually say it about themselves. Three months later, and after having sold practically nothing in that time period, he was no longer with the company.

While he had jumped before he was pushed, when he did hand in his resignation, he admitted that the three months had given his confidence a serious knock, and maybe he was having to re-evaluate his abilities as a salesperson. Many years down the line, I no longer think that there is such a thing as a perfect salesperson, and even the most prosperous salespeople can still improve. So what actually makes the complete salesperson, and what makes one person a better fit for your company than another?

The ability to close deals and win business

Are they actually bringing in business? This is usually the standard by which most people are judged, and almost all training courses for salespeople focus on this area, as they rightly should. However, it is not quite as simple as that. You can get some people that are fantastic sales people when given leads, but are poor at generating their own leads. 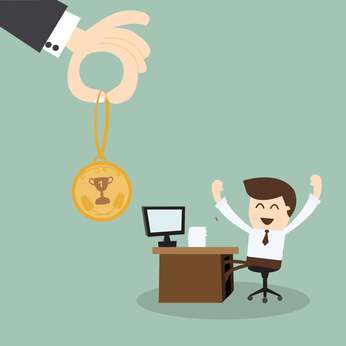 So, do you try to have people working to their strengths? Perhaps if your organization splits people between inbound and outbound sales, this person is great for inbound, but not for outbound.

When I first went into sales, I must admit, I was absolutely dreadful at closing business. I was in office automation sales. I knew the product, I knew how it would benefit the client, and yet I was just not asking for the business. The first order that I received, I had been in the client's office for ages, and had gone through all the features and benefits etc, and eventually, he had to ask me, "So, what do I need to do to get one of these?" Analysing that later that day, I realised, at some point, you do need to actually ask for commitment.

Linked to point 1 above, separate to their ability to close sales once they have leads, is a person able to generate their own leads? How creative are they at finding them? That person that is a superb closer but cannot find their own leads might be outshone by someone that is also able to find their own leads. Maybe they have a lower closing rate, but because they have more leads to start with, they make more overall. This person is the ideal candidate for outbound sales.

Again, going back to my office automation days, each salesperson at the company had a geographic territory to look after. I eventually met somebody that was fantastic at being creative at finding leads, and he and I developed a partnership. He worked in office supplies, so met the same people that I did, but did not compete directly with me. So, if I went onto a client and saw that they used one type of paper supplier, I could let him know who they used and he could then go in and compete. Similarly, if he went in to deliver paper etc, he could see what type of machine they were using and let me know. So, we provided leads to each other in a way that nobody else at my company was getting leads. The question is, does the complete salesperson have the ability to find leads outside of the regular channels?

Are they good at all types of sales?

You might have somebody that is great at face to face sales, but not telephone sales? Or vice versa. Or perhaps good at selling a physical product, but not a service, and again, vice versa. A complete salesperson has the ability to learn quickly, and adapt, to whatever environment they are in.

Are they team players? 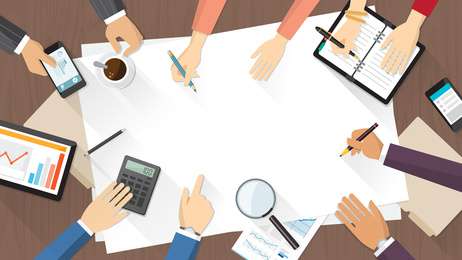 I have met two people at various companies that were fantastic closers, yet were so destructive in their office relationships that other people used to actually leave because of them. The extra revenue that their sales generated was probably offset by all the recruitment and training fees wasted on having to continually find other salespeople. That one person shows fantastic sales figures, but across the team, the figures drop and do not recover.

Do they support any initiatives that the sales manager introduces, or do they undermine everything? Again, they benefit while the actual company loses out across the board.

Do they contribute to overall company marketing/branding and image?

You can get somebody that closes deals well, but not in a way that causes lasting good impressions. I can think of two car dealers that I have previously bought motor cars from. The first car I ever bought (back in the 1990s, frightening!) I would never have gone back to that person. I would never have given him positive feedback to other people either.

Compare that to somebody I then bought a vehicle from in the early 2000s. I had been recommended to him by a family member (who over the years had bought 3 cars form him), and I loved the experience of dealing with this man. When I wanted to resell the car a few years after that, he actually bought it back from me! This type of person makes you want to keep dealing with the company, and they will get further business from you, while some people just think of the deal they are closing now, without any planning ahead.

Is the person that is a high flyer for 4 months and then has a drought, or leave, better than the consistent person that has brought in regular business every month for years? I think that you will find most people would like to have that consistent, loyal person every time. You can slowly work on improving skills, but you do not have all the admin and costs that go with recruitment and on the job training on your products etc.

I am sure that you might have been able to think of other things that you feel contribute to the complete salesperson, these are just the 6 that I feel are the most important. If you are a salesperson, do you think that you are able to improve in some of these areas? Every salesperson should be able to improve in at least some. And if you are in sales management, or some other role that includes leading and looking after the sales of a business, are there areas that you can improve in your sales staff? As stated near the beginning, most sales courses are about improving the ability to close deals.

Are you helping your staff improve in the other areas?