Written by John Boddington
I have a friend in South Africa. He is a brilliant engineer, and has started his own company that specialises in designing and producing items for the petro-chemical industry. Effectively, all the ideas are his, and he really is the driving force behind the company.

When he first started the company, his biggest problem was that living in a post-apartheid South Africa, he did not like to be seen giving instruction, or telling people what to do. He did not want to be seen to be "the boss". So although he was the brains behind the company, he did not seem to be leading it anywhere. At least, not anywhere productive.

I felt that he was struggling with the type of leadership style he used. And so I told him about the three types of leadership that I had learnt from Dudley Daniel. Dudley's message was aimed at religious leaders, but the actual model could be applied to any type of leadership. He taught of what type of leader you want to be, but then also how to do that, as much of that was about how to communicate. 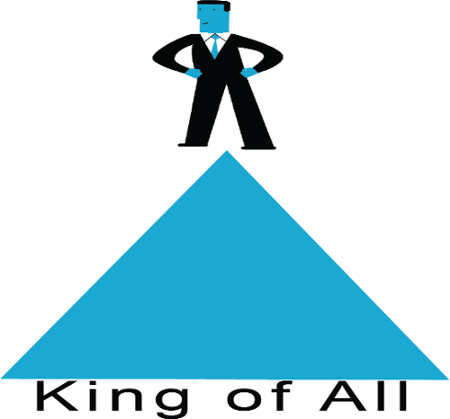 Dudley described this as the person who sits at the top of the pyramid, has all the power, and makes all the decisions. Think of the old European monarchs, or tribal chiefs, or dictators. 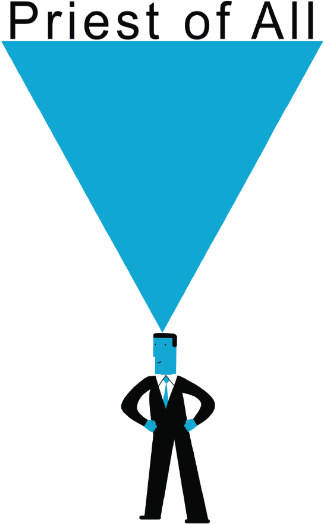 Dudley described this type of leader this way because they were at the beck and call of the people that they represented. A village priest, who has to run to the hospital to be with the sick, visit the lonely etc. He is doing a lot of work, not actually giving orders. 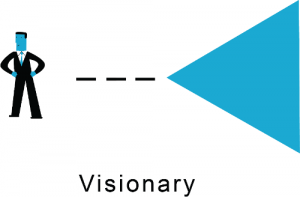 This is the person that is out front, leading the way. Often seen as a person ahead of their times, and they draw in people to follow. Think Gandhi, Martin Luther King Jr.

How the Different Leaders Use Different Kinds of Power When Communicating

Typically, each of these types of leader will use power in a different way, and that is demonstrated in how they try to influence people.

a) The King of All uses Positional power.

This is the power that they get from their position. Positional power can be seen in three forms, legitimate power, reward power, and coercive power. And they use those 3 types of positional power to push people into doing things. They issue directives, or use persuasive reasoning.
The downside to this type of leadership approach is that you can be perceived as a bully, and it does not encourage long term respect.

b) The Visionary uses Personal Power.

Again, that has three forms; referent power, expert power and information power. The visionary uses these three forms to influence people by pulling them along. Besides being visionary, they are collaborative, getting people to follow in their footsteps. They display innovative ways of thinking, but then need to get a team behind them.

Referent power is the power that is held due to their personal characteristics. The followers are buying into them as an individual.

c) What about the Servant of all?

Well, they actually do not lead. They may be seen to be a leader, but they actually are more of a representative. Two politicians have made very similar statements that show this best. Benjamin Disraeli said "I must follow them. Am I not their leader?" And Alexandre Auguste Ledru-Rollin apparently said "There go the people. I must follow them, for I am their leader." Both of these politicians were representing their particular community, so while voted as their leader, they did what they were told. So, unless you are a representative like they were, best to avoid this one usually.

But when they do try to influence, it is like the king of all, and they use positional power. They are able to access visitor wards at the hospital precisely because they are a priest, their position has given them the power to perform a certain role.

Change Your Style to Fit the Occassion

So back to my friend. What he was really struggling with was the fact that he did not want to be seen as a King of All, telling his staff what to do, when to do it etc. I told him that what he needed to do, was think about each and every situation separately, and then use the most appropriate type of leadership, and its corresponding way of influencing skills. He could even be the servant occasionally. 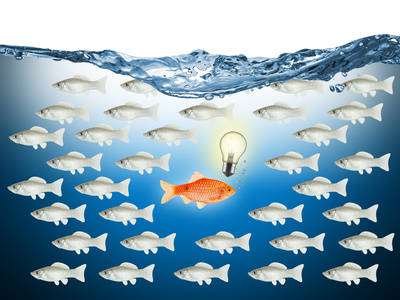 Sometimes, if a sales rep was going to do a big presentation to a major petrol company, they asked him to go along too. Having him there personally had an impact, and so when asked, he could be the servant and go along with their request.

And on the odd occasion, when he had to, such as when a deadline was imminent and everybody just had to knuckle down, he could be the king and simply tell people what to do.

But getting the balance right, more of an inspiration and less of the despot, is just what really good leaders need to be. And he needed it too. It was a slow process. He found some parts harder than others. He really struggled with giving simple instructions, he probably still does, but at first, it was almost impossible. With all of his inventions being patented, he was not going to just tell everybody things about his inventions, so he struggled to share certain knowledge, and move from a position of information power into referent power.

Some ideas he found easy. Trying to be more inspirational about improving the environment, he spent a lot of his personal money on improving working conditions, making their own work environment a great one, and had posters put up of all sorts of beautiful locations, with messages about saving them. It was hard to look around the warehouse without seeing a picture of a coral reef, a sandy beach, underwater shots of fish etc. He now tells me that for every occasion, he analyses which model to use, and it is usually a 70/20/10 ratio of visionary/servant/king.

I bet, that if you are trying to inspire your staff, whether as company owner, director, manager or team leader, that's a good ratio for you to aim at too. Inspire, and control. And that will make you a great leader!