How to Be More Likeable by Being Less of a Bully 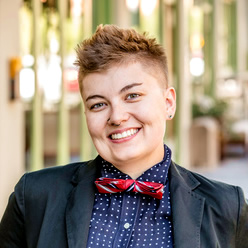 Written by Riley Mitchell
Bullying takes many forms, and it doesn't always stop at the school playground. Often, the aggressive behaviors associated with it carry through into adulthood. 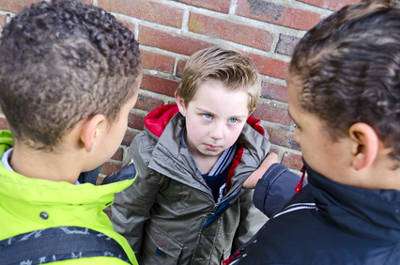 Most of us will have come across a bully at one time or another, in our professional or personal lives but, where it's often easy to judge the actions of others, we may occasionally—or even regularly—be guilty of exhibiting some less than desirable traits ourselves.

What shapes a bully can vary. It can be learned—transferred from aggressive parents—or it might result from feeling ignored or powerless in our environment. On the flipside, it can also come from a feeling of entitlement expressed by people who appear to "have it all". Bullies often have deep personal insecurities and/or a need to "assert" dominance in their social circle, and the upshot is an inability to connect and empathize with others in the way that most of us do.

In a brilliant piece of classroom forensic work, one teacher in the US sought to covertly identify the bullies (and those being bullied) in her classroom in an attempt to stop the behavior at its source[1]. The problem being that most school bullying goes on under the radar, with victims too afraid to speak out against the perpetrators. Every Friday afternoon, she would ask the kids in her class to privately write down the names of four classmates they wanted to sit with the next week. The answers revealed patterns of both aggression and its subsequent isolating effects.

So how does a bully behave? Is it possible that we're all guilty of bullying sometimes and how do we recognize and reverse our own bad habits before they get out of control?

What makes a bully?

Here's where we have to get self-analytical, even if we might not want to. Because without the genius teacher keeping watch, we might have fallen into a cycle of aggressive behavior completely by accident! The full grown bully may or may not know that they're engaged in the act of bullying because of the blurred line between aggression and assertion; one of the key arguments for the introduction of assertiveness training for children.

We are not going to cover in detail the different behavior types, but here is a quick overview. Assertive types consider the happiness of others to hold as much value as their own. They're skilled listeners and clear, open, communicators—developing deep relationships where they both respect, and are respected by, others.

Aggressive types, on the other hand, are determined to win or succeed at any cost. Often to the detriment of others. They use forceful action, for example shouting or interrupting—even violence—to achieve their aims. And, where assertive types show a genuine care for the feelings and opinions of their peers, the language of aggression is almost exclusively "me" focused.

Body language reveals subconscious differences between the two personality types too. Aggressive characters might adopt a confrontational posture in place of the assertive type's open and engaged stance. This can be, but isn't limited to, standing with hands on hips or arms folded, vs leaning in to a conversation and maintaining direct eye contact. What aggressive behavior leaves in its wake is a situation where those on the receiving end feel undervalued, alienated and resentful.

Anything ringing alarm bells? Don't be too concerned if you ever raised your voice to get your point across. We've all been there! The key difference between bullying and losing our cool once in a while is that bullying, by definition, is a systematic abuse of power—a repeated action—which, as we've already mentioned, causes others to feel hurt or isolated.

The perplexing thing about bullies is that they're often mistakenly credited with popularity, although possibly less so once we reach adulthood and learn the subtle inner workings of social relationships. The truth of the bully is that they rarely have, or make, good friends—and this is an upsetting situation for most, especially if you aren't aware of the cause and therefore don't know how to turn it around. Bullies have an inner circle of those who express similar personality traits and, as a result, share a kind of camaraderie. Then they have those who are either too scared or too socially vulnerable to disagree with them. These followers are of the "keep your enemies closer" kind.

Many of us struggle to make connections because we have a degree of social anxiety or we're incredibly shy. But if you consider yourself to be an outgoing person and you find that you still have trouble forming meaningful relationships, it's could be worthwhile to perform a little self-assessment. What does your body language convey to others? How often are you unwilling to hear or accept the point of view of your peers and loved ones?

Once we've identified habits that might be rooted in aggressive characteristics, we can look for an alternative way to present ourselves. 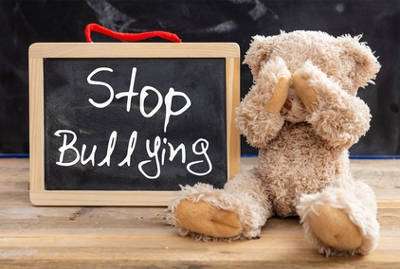 So what makes someone likeable?

The antidote to the bully is someone who's genuinely likeable—displaying the qualities that we'd all look for in a social alliance or friend. And being likeable isn't just about being the most popular, best-looking, charismatic person in the social group. It's far more achievable than that.

"In a study conducted at UCLA, subjects rated over 500 adjectives based on their perceived significance to likeability. The top-rated adjectives had nothing to do with being gregarious, intelligent, or attractive (innate characteristics). Instead, the top adjectives were sincerity, transparency, and capacity for understanding (another person)".  - Travis Bradberry[2]

What's worth noting here is that many of the traits associated with likeability are the same traits you find in an assertive personality; amiability, competency, compassion, dependability—or trustworthiness—and positivity. Anyone can learn to be assertive, and it doesn't have to happen overnight. Sometimes it starts with baby steps.

What's important to realize is that bullying is an action determined by a behavior, and all behaviors are adaptable. We could all practice more assertiveness and if you think you could use a little help getting started, we're here to support your skill development through dedicated training.

[1] One teacher has this brilliant trick to combat bullying, loneliness:  https://www.today.com/parents/love-ninja-mom-shares-one-teacher-s-amazing-strategy-combat-t76251