10 Errors to Avoid in Sales Part 9: Resting on Your Laurels After Success

10 Errors to Avoid in Sales Part 9: Resting on Your Laurels After Success
A post from our Sales blog

How do I avoid dips in sales?

Many years ago, while I was in office automation sales, I had a colleague that almost everybody in the sales team knew had a weakness. He would never admit it, but almost without fail, after closing a deal, the rest of the day he took it easy. You just knew that his drive back to the office at the end of the day would not be by the most direct route. He would be taking the scenic route, and if it was summer, he would have his roof down and taking a route that followed the coast so that he could smell the ocean.

No matter what management tried to do about it, in all the time I worked with him, he never once found a new possible lead on the same day that he had just closed a deal. Management could not actually fault him too much, as he did regularly hit his targets. But although he did hit targets, he was not a star, and could have made so much more money. He was losing 7-8 portions of a day, out of a 22-23 day working month. He was costing himself massively.

Not exactly the same, but at other companies, I have seen staff that have just had a fantastic month and earned themselves loads of commission, take their foot off the gas the following month. They are too busy enjoying spending the commission or relaxing, thinking the pressure is off them. 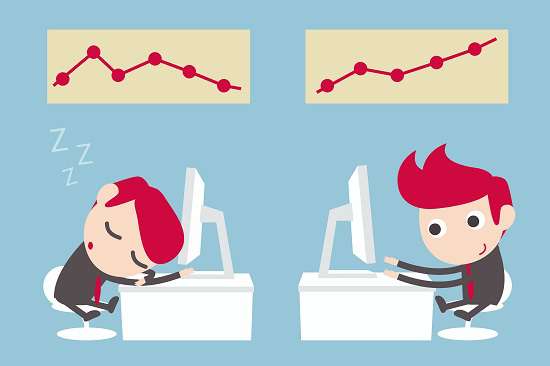 Let's compare these people to what they could be achieving. My colleague at the office automation company, while he was living comfortably, could have been achieving all of his family goals. Meeting his wife at a company social, I knew that her real dream was to take the family to Disneyland. For her, it was just a dream. But knowing how our company's commission structure ramped up the more you exceeded target, it would not have taken too much for him to earn that amount needed to take the family of 4 to Florida. The top salesperson in the company was already making enough in commission that if he emulated her, he could take his family on the trip. She was no better a salesperson than he was, she just did not ease up after each sale. If he broke that habit, within a year I am certain he could have been delighting his family and taking them off on their dream vacation.

An acquaintance I knew that did seem to ease off after every good month followed each good month with an average one. She could not understand why some of her colleagues won annual trips away for hitting the yearly target, not just the monthly targets. By simply not allowing herself a comfortable two weeks every couple of months, she would be having annual holidays paid by the company.

So, while the temptation is great to bask in the glory of your success and enjoy the moment of the deal being closed, or having a really good month and earning lots of commission, would it not make you so much more money if you just kept your foot on the gas and kept pushing yourself as hard? Use that energy that you have, and all those endorphins that are flowing through your body, and make even more calls, or see even more clients. If you do keep pushing, rather than follow success with mediocrity, you can keep up at that same lofty height. Your success will be followed by even more success. 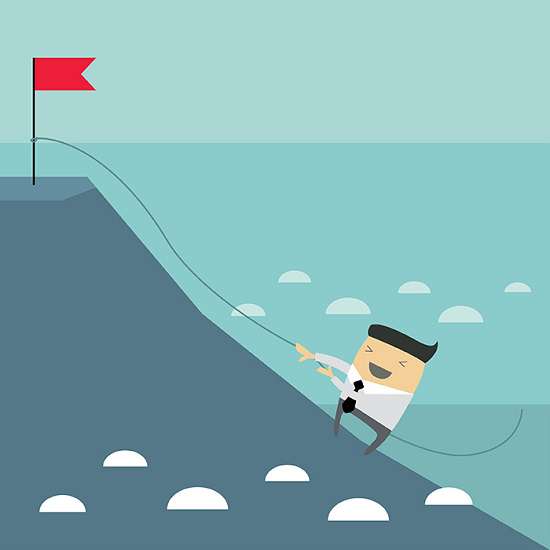 How do you keep focused on selling?

So how do you keep your foot on the gas? How do you stay focused straight after closing a deal? Here are some things that I have found useful.

1. Never change your routine. This takes discipline, but the more you practice, the easier things get. As tempting as that drive home along the coast in the sun is, stick to the quickest way back to the office. That will keep you productive longer.

2. Plan properly. Depending on the nature of your industry, and whether you are doing face to face sales or doing business by phone, find ways that do not allow you to ease off. One person on one of our courses gave an example that when he did have to go and meet people face to face to sign contracts, he tried to plan a few on the same day. That way, regardless of how one went, he had to plan to get straight over to the next person. He had no time that he could relax between meetings.

Another of the staff at the office automation company tried to arrange deliveries straight after signings meetings, so regardless of how the first meeting went, he was going straight to another client to deliver either the physical product or training on how to use the machine.

3. Keep incentives in sight. Is your goal to buy a new car? Go on holiday? Move into a bigger house? Whatever your goal, is it always ahead of you? Have a picture of the car somewhere you can always see it. Or a picture of the place you want to go to. Or whatever it is, have some way that as soon as you could be distracted, you are brought back on track by a reminder.

4. Push your colleagues. There is nothing like a friendly rivalry to see multiple parties benefit. If you know your colleagues, or subordinates have a habit of taking their foot off the gas, do not let them get away with it. Call them out, make a bet about something, but push them. If you need to push yourself, close the deal, and then needle your colleagues, telling them how you are about to get even more. That will keep you as focused as it keeps them. 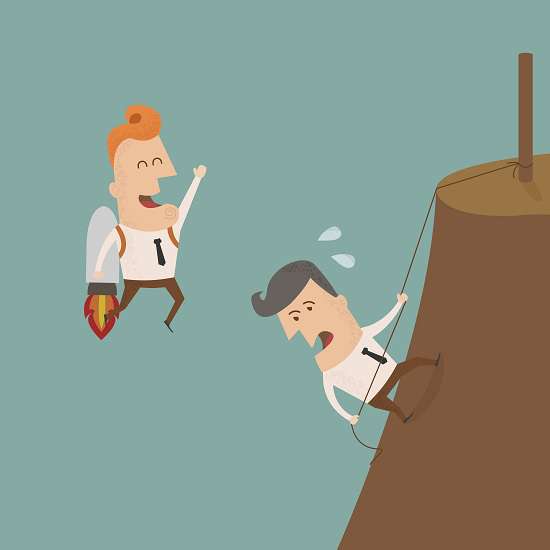 If you are in management, and want to prevent your staff taking their foot off the gas, that will require different skills, and is done best the better you know your staff. Do you know what drives them, what buttons to push? Are there things that you can do to manage people individually that keeps pushing them?

Maybe money is not the motivator with a particular person, but they want to finish top of the board. If that person closes a sale, let them know what colleagues have done that morning too. They might have brought in even more. The clue here is: get to know your salesperson and what personal motivators you can use.

So here are 5 easily listed things to try. The hard part is implementing them but if done successfully, you will reduce any time lost to resting on your laurels, and your sales will increase significantly. And you will achieve all your goals and make your dreams come true.