5 Work Situations Where It’s Necessary to Be Assertive

Written by Ashley Andrews
Assertiveness is often confused with aggression but even though both characteristics involve sticking up for yourself and what you believe in, they are, in fact, very different. The difference between the two lies in the level of respect you give yourself and the person in front of you. When you're assertive, you respect both yourself and the other person. On the other hand, when you're aggressive, you respect no-one, but least of all yourself.

Today, assertiveness is one of the most important keys to being successful and respected, both in and out of the office. Although learning to say ‘no' sounds like a relatively easy task, it isn't as simple as one would think – especially in a workplace situation. 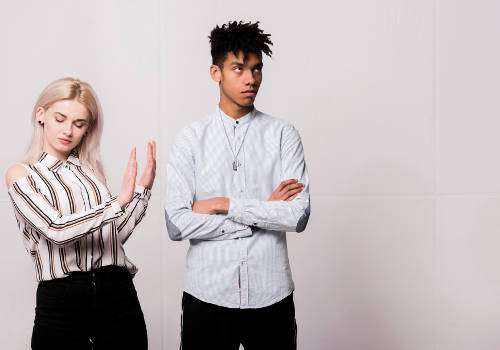 Most people are concerned about their jobs and think that being assertive would adversely affect their career so, more often than not, they bite back any protest and keep their personal opinion to themselves. The general perception is that employers won't appreciate outspoken employees who have their own ideas and thoughts.

However, recruiters say otherwise. Statistics show that free-thinking, individuality, creativeness and assertiveness are all prized in an employee and there's rarely any need to shy away from voicing your opinion. In fact, there are times when you should be vocal.

But what are some of those workplace situations when you should always be assertive? Have a look at our top five tips below.

1. When your instinct sounds an alarm

When you're being assertive, you're standing up for what you think is right. There are times when your knowledge comes in direct conflict with a manager's or colleague's information.  This is a common experience and many people regret not speaking up when the time was right.

For example, take this situation as an example. You're working on a marketing campaign and get an offer to appear on a radio or television interview. However, you know that that particular station or channel regularly publishes thoughts and opinions that are in conflict with your company's ethics.

Your colleagues or superiors might consider it a good opportunity to get the word out there. However, your experience and your instincts say otherwise. If you think that appearing on that particular network might harm your company's marketing efforts in the long run, you need to speak up. It doesn't matter if your opinion is accepted or rejected. By being assertive, you're making sure that your voice is heard.

2. When you don't have the skill

It's quite common for people to accept work that is beyond their abilities. Naturally, you want to explore new avenues, expand your knowledge and your skills. It is good practice to take on challenging jobs and push yourself – that's how you can improve and move forward, after all.

However, you need to recognise and accept that some things are just beyond your scope. For example, let's say you're asked to create an attractive brochure for your company. But while you're an excellent word-smith, you don't know anything about graphic design.

You might be tempted to try, but you'd be putting your company's marketing campaign on the line for the sake of experimentation. In this case, you're better off saying no.

3. When you don't have the time

This point is connected to the previous one. In some cases, you just don't have the time. Sometimes, you may have two or three assignments that you're working on at the same time. Your employer then decides to hand you another task that would require a lot of effort and comes with a tight deadline. 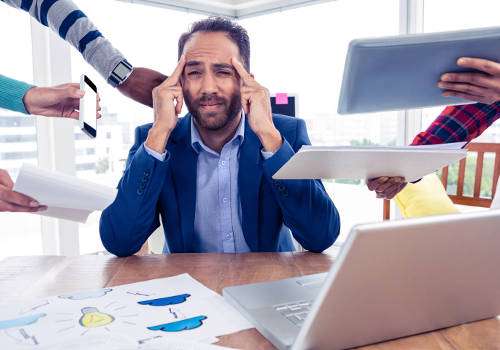 Although you might be tempted to pull and all-nighter in order to get the work done, this is another situation where you must stop and assess first. You might have a prior personal commitment or maybe your health doesn't permit it, and working late into the night can lead to mental fatigue. In this case, it might be a good idea to just say no and step away.

4. If it goes against your morals

There might be times when your work, feelings and ethics are in conflict. Sometimes, you might consider it worthwhile to ignore your instincts and say yes. But if you know it may weigh on your conscience later on, you might be better off saying no.

For example, let's say you're a staunch support of healthy diet in children. Yet, you're asked to work on a project that is promoting a food item that would only harm them and is of very little nutritional value. Here, you will need to consider your feelings on the matter before making a decision. If you think that you'll feel ill-at-ease throughout the project, don't accept it.

Assertiveness isn't just something that might help you go forward, it also helps your employers recognise this. When you're assertive, you're being honest about your opinions and thoughts. That earns a measure of respect from people around you.

5. When your safety is at risk

There might be certain situations where your health and safety is at risk. This is especially applicable to people working in high-risk jobs, such as construction or transportation. If you identify a situation where your health and well-being might be at risk, you need to take a step back and evaluate the situation more carefully. Workplace accidents happen when people are reckless or in a hurry to get things done.

For example, if you're a delivery truck driver and are asked to deliver goods during a severe snow-storm, you need to consider the request carefully before making a decision. If you're being asked to deliver emergency supplies, you might be willing to risk an accident. But you should only accept a task like that if the danger is acceptable to you.

However, if it isn't an emergency situation and you don't want to take a chance, regardless of the pay, say no and stick to it. In such cases, you can politely and firmly state that you won't jeopardise your well-being.