Why Women Are Seen as Abrasive When Being Assertive at Work

Written by Philip Andrews
I was 16 and in my first job, washing dishes at a Beefeater pub, when I first encountered assertive women at work. The place had two assistant managers, Jo and Emma. And heaven help you – well, me actually – if those steak knives weren't shiny enough.

As a cocky (and rather lazy) teenager, I certainly found my two female managers abrasive – and plenty of other words to that effect. Being bossed around by a woman? No thanks!

20 years later, my outlook has changed. I moved onto other jobs in my school and university days, and was managed by all sorts of personalities, both male and female. Now I run my own business, and I meet impressive female entrepreneurs quite often. They're assertive, yes, but most of them are too busy winning at life to be abrasive about it. But who cares about my conveniently enlightened opinion? 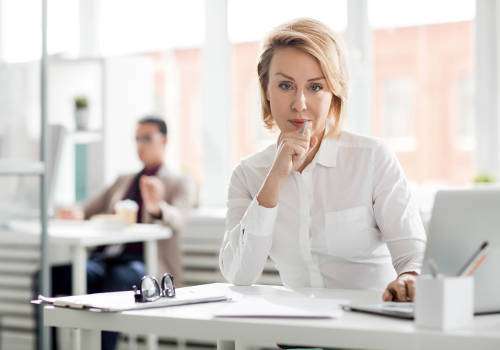 Research says assertive women are often seen as bossy and abrasive by their colleagues. And it's holding women back in terms of pay and career progression.

Assertiveness in women is perceived negatively

Numerous studies all agree. When a woman shows assertive traits in the workplace, such as by confidently pursuing goals, her colleagues will label her abrasive or bossy.

It isn't just men doing the name-calling, either. In one of Fortune's earlier studies that compared job performance reviews of men and women, women were called "abrasive" far more often than men. But interestingly, the criticism came just as often from female as from male managers.

So if my resentment of Jo and Emma's angry shouting wasn't just down to me being a boy, what was it? Why is female assertiveness at work so often seen as abrasiveness – by both men and women?

Maybe the answer is in the language we use to describe assertive behaviour – and in the stereotypes we use to define men and women.

For many people, assertiveness is a masculine trait. One Stanford University study compared employees with certain masculine traits – like being "aggressive, assertive, and confident" – with feminine traits such as "acting like a lady". The language of the research paper itself seems to be reinforcing these gender roles.

The findings are that a woman can't step outside of her traditional role without making waves, or experiencing a backlash:

"To be successful, you must be assertive and confident, but if you are aggressive as a woman you are sometimes punished for behaving in ways that are contrary to the feminine stereotype."

It reminds me of an article I read during A-level media studies – who knew that would ever come in useful – by John Berger. In "Ways of Seeing", Berger argues that men in Western society are seen as leaders and doers, while we always think of women as taking support roles. The Cultural Reader sums this up nicely:

"Man's presence in the world is all about his potency and is related to what he can do, power and ability. On the other hand, Berger says, a woman's presence is always related to itself, not the world, and she does not represent potential."

In other words, the stereotype is that men act and women appear. We're conditioned to expect women not to be assertive, so we're shocked when they are. It's no wonder that women who take on the masculine trait of assertiveness face a backlash. None of us can help it – we're programmed this way!

More than one way to be assertive

Hold on a minute, though. If we accept that negative treatment of assertive women is simply the result of deep-rooted stereotypes, we're stuck. There's nothing we can do to improve the situation. Maybe we need to come at this from another angle.

What if some women who act assertively are in fact abrasive? It's a theory that some studies, and some of the business advice written by women and published online, seem to support.

Stanford's study of 132 business school graduates (mentioned above) also had some interesting findings about "self-monitoring", where women:

"simultaneously present themselves as self-confident and dominant while tempering these qualities with displays of communal characteristics… These women were able to be chameleons, to fit into their environment by assessing social situations and adapting their actions accordingly."

By acting as astute "chameleons" who used a "masculine" or "feminine" approach depending on the situation, women were able to get the best of both worlds.

Many professional women are already consciously aware of the need for self-monitoring and a female brand of assertiveness.

Writing for OPM Consulting, Zarah Patel and Elizabeth Antoniou say that often "women mimic the communication style of their male colleagues, which results in them being seen as aggressive." Their list of assertiveness tips for women goes:

It's interesting that all these ideas for being assertive start with "don't". Don't speak first, don't disagree, don't make statements… it doesn't sound all that assertive, does it? Is this the level of "self-monitoring" women need to practice to get ahead in the workplace?

It's arguable that the tips are good advice for anyone. Listening, not being aggressive, and not being overly disagreeable: all are habits that workers appreciate in their manager, male or female. But for a man they're merely desirable traits, since we seem to accept aggression as part of the male stereotype. For a woman they're essential – unless she wants to be seen as abrasive. 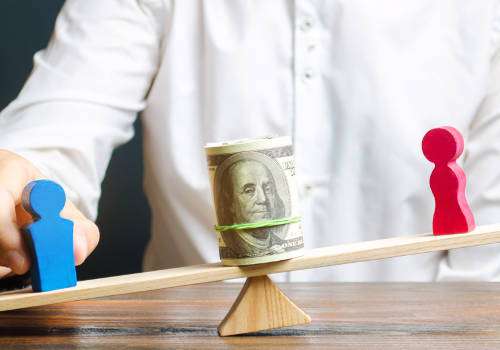 Through the glass ceiling 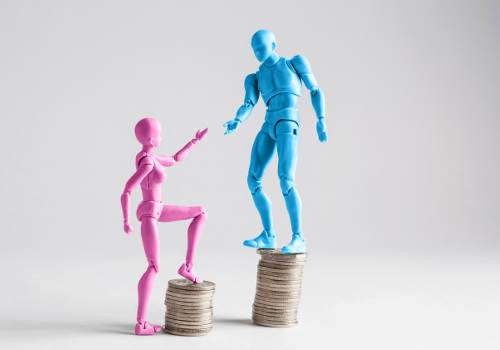 Going back to my teenage dish washing days, why was I shocked when my female managers shouted at me for working too slowly and not shining up the cutlery?

Had I been brought up to expect all women to be sweet and softly spoken? I don't think so. Many of the women schoolteachers I grew up with demanded respect with their quick tempers, and not all of my female classmates could be described as ladylike, either. I'd certainly known assertive women before.

Did I simply prefer women who come across as kind and supportive? Sure. Whether instinctively or through social conditioning, I did and still do. But now, being older and more experienced, I respect women's need to be assertive – and sometimes aggressive – to succeed.

Not everybody does, however, and many women have adapted their style of assertiveness accordingly. It's still a male-dominated business world, and women who combine true assertiveness with their "feminine" traits are the ones breaking through the glass ceiling.