8 Tips for Dealing with Aggressive Colleagues at Work

Written by Ashley Andrews
Wherever a number of people work together, the chances of misunderstandings and disagreements are high. In an ideal world, everyone would get along with each other and be perfectly respectful and compassionate but unfortunately, that isn't always the case. Some people have a tendency to react to uncomfortable situations, stress or worry with aggression, and some think that they can get their way by being forceful and steam rolling over others.

You'll inevitably encounter people who think they can intimidate you by being aggressive. Outside of work, you can simply walk away or ignore them. However, in a professional environment, that's not always an option.

So what are the best ways of dealing with aggressive colleagues at work? Below are our top 8 tips. 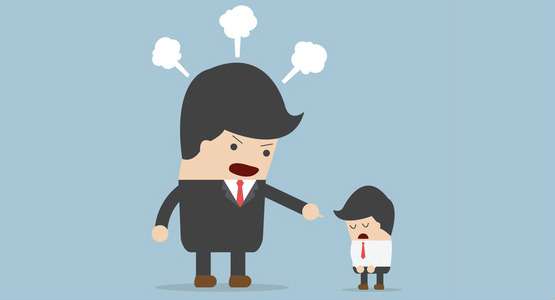 1. Find out the cause

More often than not, your colleague might just be reacting to stress or pressure. You should try to see if there's a cause for his or her aggressive behaviour. If a generally well-behaved co-worker is being unreasonable and hostile, they might be going through some sort of personal or professional crisis. If you're close enough to your colleague, you can offer your help. If not, recognise that their behaviour might just be temporary.

Regardless of what the real cause is, however, you need to bring the issue to their attention. Sometimes, people don't realise that they are being defensive and irritable. Have a private discussion with your colleague and let them know – gently – that their behaviour has been unacceptable. They might just need a wake-up call.

Sometimes the best way to deal with aggressive people is to let them vent. After all, it takes too much energy to be angry all the time, so they will calm down and start being reasonable eventually.

However, you need to be vigilant. Far too often, an argument can escalate to a physical altercation. Keep your eyes and ears open when an aggressive person is confronting you and study their body-language for clues.

The moment you start to feel threatened, remove yourself from the situation. If your colleague starts to follow you, intent on continuing the argument, stop them firmly and walk away. Sometimes it takes considerable restraint to let go of a fight.

One of the best ways of dealing with aggressive co-workers is to take advantage of moments where they paused to control themselves or to take a breather. It's important to bring their aggression down in steps, even if it means prolonging the argument. You need to ensure that the problem that started it in the first place has been thoroughly discussed.

Prompt your colleague by asking for clarification, highlight the points that you've understood and state your thoughts. If you turn the argument into a reasonable discussion, your colleague will eventually calm down.

Nothing can diffuse workplace aggression faster than consideration and respect. Pay careful attention to what your colleague is saying and consider their points - it's possible that they have a reasonable cause to be angry. Make a note of all the important details and don't offer placating statements that ring false. You can achieve more by just listening than by offering promises you might not be able to keep.

After considering your colleague's perspective, think of a possible solution to their problem. If you have an idea, even if it is a vague one, let them know. This shows that you've taken their problem seriously. Put your solution on the table confidently and without hesitation. While it is important to respect your colleague's position, you need to keep in mind that you have the right to be treated fairly as well. If your colleague carelessly disregards your suggestions, you need to walk away and defer the discussion.

If you don't have a solution in mind, ask your colleague for suggestions. Again, this shows that you've seriously considered their argument and are willing to help them. By asking them for suggestions, you're giving them some control.

More often than not, people react aggressively or defensively when they feel powerless. By putting the ball in their court, you're giving them some power. Of course, this doesn't mean that you're leaving the decisions entirely in their hands. You need to be assertive and make it clear that you're not going to cower, but are rather offering them a chance to fix the problem.

The best way to bridge gaps and neutralise aggression is to come together to tackle a problem. By doing so, you will also be on an equal footing with your colleague. The problem has now become mutual and you're working together to deal with it. This way, you're also overcoming any hard feelings or lingering resentment. 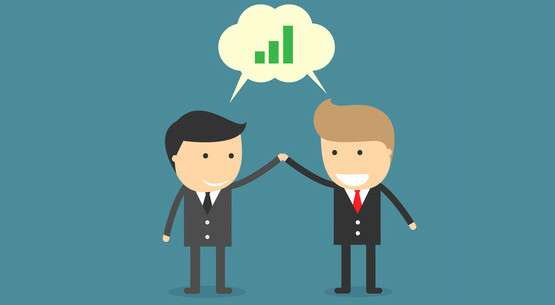 You and your colleague need to work in the same office for several years, so burning that bridge wouldn't get you anywhere. In fact, it would only add needless tension to the office environment. However, you can easily neutralise future aggressiveness by being assertive and respectful.

There are times when, despite all your efforts, you simply can't reach an agreement. If the mutual discussion doesn't yield any results, you need to take a step back. Don't try to resolve the issue by simply giving in to your colleague's demands - that won't help anyone.

Ask them for some time to consider the argument and ask other colleagues for advice. You might also involve a third-party to act as a mediator between you and your colleague, just to offer an unbiased perspective. After all, it is likely that your own judgement is clouded.