What is Really Meant by Assertiveness?

Written by Ashley Andrews
Assertiveness is one of those qualities most of us would like to have a little more of. It denotes someone who's a bold decision maker, exudes confidence and is fully in control of his or her circumstances—AKA, a "go-getter".

At the opposite end of the behavioural spectrum we have passive personalities, which can be be loosely described as self-sacrificing, approval-seeking and lacking in confidence. And, where there's certainly a time and a place for passive behaviour, it's not really a term any of us would want to be associated with in our everyday lives!

Then there's aggression. And if you thought that the assertive descriptors sounded a bit aggressive, don't worry, you're not alone! The waters between these two are often muddied, with many labelling assertive types as aggressive—especially in the world of work.

The key difference between the two is in exactly how assertive types comes to their decisions and communicate the process to those around them. In a one word summary, what assertiveness has going for it that aggression doesn't is; "respect". 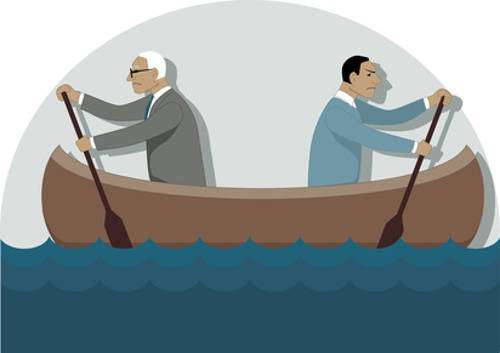 To begin to unpick the two—and aggression's close relative, passive-aggression—let's start with the dictionary definitions:

●        Assertive; behaving confidently and able to say in a direct way what you want or believe.

●        Passive-aggressive; denoting a behaviour or personality characterised by indirect resistance to the demands of others and an avoidance of direct confrontation.

●        Aggressive; determined to win or succeed, using forceful action to win or to achieve success.

Assertive vs aggressive vs passive-aggressive

Where the lines seem to get a little blurred is in differentiating between what's "direct" and what's "forceful". But there are clear points of difference that can help us understand when someone's being respectfully assertive vs someone using aggression to intimidate [1]:

Assertive: Uses open body language, smiling where appropriate and mirroring those around them to show empathy. Assertive types maintain comfortable, direct, eye contact to establish a connection. They might use hand gestures to emphasise points, but they're very aware of others' personal space, and won't cross physical boundaries—i.e. arm grabbing or giving someone a ‘friendly' slap on the back.

Passive-Aggressive: There's a disconnect between body language and what a passive-aggressive type is communicating verbally. For example, someone who's passive-aggressive might be using positive language but standing with arms folded or appearing disinterested.

Aggressive: This personality type communicates with closed body language—folded arms/hands on hips—in a gesture of confrontation. Aggressive types maintain direct eye contact to the point where it might become a glare. They use bold hand gestures, like finger pointing, and tend to invade others' personal space.

Assertive: Empathetic language shows an understanding of others' viewpoints—e.g. "I can understand why you feel that way and it makes sense. The reason I feel differently is because of X, Y & Z". Assertive types will allow others to make their point without interjecting, before responding diplomatically.

Passive-Aggressive: Those with a passive-aggressive personality favour indirect communication—discussing things behind other people's backs instead of addressing situations directly. If a passive-aggressive type does speak to someone about a conflict situation, they'll often use language which deflects onto other people—e.g; "Some people don't like it when you…", instead of "Please don't do that because…".

Aggressive: The language here is very ‘me' focused. Those who are aggressive will disagree with points of view which aren't in line with their own—often interrupting others to have their say.

3) How they're saying it

Assertive: Those who are assertive speak with a confident but conversational tone, appropriate to the situation.

Passive-Aggressive: The tone might not match the message behind what a passive-aggressive person is saying. They have a tendency to come across as disingenuous or uninterested.

Aggressive: Loud and direct is the preferred tone—less conversational and more commanding—attempting to dominate the conversation. They might use sarcasm or convey anger through their voice.

Assertive: Assertive types allow others to feel safe and heard, even in a conflict situation. They seek to make sure everyone's OK, rather than just looking after their own self-interests.

Passive-Aggressive: Those who are passive-aggressive attempt to undermine others through negative "gossip"—without giving them a chance to have their say or resolve the issue. The aim is to get the support of the group but, instead, it leads to a lack of trust in the person doing the gossiping. The same is true for the confusing disconnect between passive-aggressive body language and verbal communication. It's confusing and hard to trust.

Aggressive: A conflict with aggressive types will leave the rest of the participants feeling bullied into agreement. The primary concern for someone who's aggressive is that they look after themselves, often at the expense of others.

Do some people get an unfair aggressive rep?

Assertiveness is sometimes viewed differently, depending on who it's describing and what situation they're in. Women, for example, have historically had a bit of a tough time when asserting themselves in the workplace. This is one of those situations where the line has blurred. An article in Psychology Today describes one female exec's take on how women's behaviour is seen differently to men's. And even she uses the term "aggressive"—and a healthy dose of swear words—where it's probably more appropriate to use "assertive":

"Women often have a smaller range of acceptable behaviors at work than men. If they are too nice, they are seen as weak or manipulative. If they are too aggressive, they are judged as acting like men or typical [expletive]... In other words, there is a fine art to female assertiveness [2]".

In fact, this is such a contentious issue, that some colleagues of mine all specifically researched it, and wrote an article that also appears in this blog: Why Women Are Seen as Abrasive When Being Assertive at Work.

So is aggressive behaviour ever helpful? 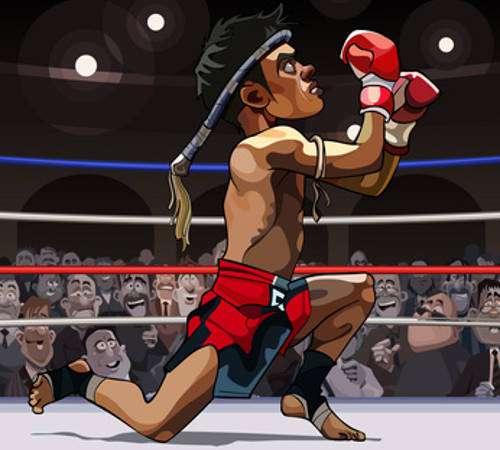 There's an alternative dictionary definition for the term, which reads; "behaving in an angry and violent way towards another person". In the boxing ring or on the rugby pitch, physical dominance and a strong competitive drive is what's important. Massive amounts of adrenaline help the players "survive" the match, so a little aggression can go a long way. It's a sort of primal "fight or flight" response. But don't forget that there are tactics involved, so players also need to call on their assertiveness to keep them in check. It becomes more of a measured aggression.

Then there's the police station and the courtroom, where intimidation techniques can mean the difference between catching a criminal or letting them go free. (Now these specific examples are also really interesting. They can help with an immediate result, without having to worry about the long term effects that the aggression will have on an ongoing relationship. The cop gets his confession, and the only further times that they see each other are at trial. No need to worry about aggressive behaviour causing a break down in relationships!)

Generally speaking, however, being aggressive won't get us the outcome we're looking for. It might scare those around us into agreeing with our point, on this occasion, but it will end up alienating us from our social groups and, ultimately, it'll make colleagues and loved ones less receptive to being on our team in future.

No, focus on being assertive in almost all of your day to day behaviour, and you're going to achieve way more in your life.

P.S. In case you're not sure about how assertive you are, we have a free, personalised test that you can take and finish in about 5 minutes, which can be found here.

[2] The Fine Art of Female Assertiveness

[ref tool] How to Be Assertive, Not Aggressive